Pastoral Pipes first appear in the middle of the 18th century. Not much is known about their history and previous development. What is clear, however, is that these instruments gradually developed into the Union pipes and later flat sets of Uillean pipes. In developing my Pastoral Pipes in D, I started from a very beautiful original set of Pastoral Pipes made by Robertson of Edinburgh. Although I could keep some essential acoustical elements such as the reed type and the bore diametre, I also had to change some things. The pitch of the original was like most pastoral pipes Eb. I lowered the pitch of my set to D. In order to let both the high and the low octave play in tune, the bore and diameter of the right hand part of the chanter were widened and the foot joint was made longer. I also added an octave key to facilitate octave jumping, and lowered the placement of the D-hole, in order to increase the stability of the low D. Hence a key was needed to access the low C.

Features of the pipes in D

The standard instrument is made in first grade African blackwood, with imitation ivory and silverplated keys and mountings. As an alternative for the African blackwood, boxwood and snakewood are available. Keys and mountings can be made in sterling silver on demand. Standard are 3 drones in D (bas, alto, treble). If you play a lot of music in G, it is interesting to add a drone in G. The octave and C-keys are standard, other optianal keys are C# and D#. The Pastoral Pipes can also be made in C, Eb and F.

French Style bagpipes in G and A

The pipes in G and A that I make are based on the research and long years of experimenting by Rémy Dubois, from whom I learned making woodwind instruments. Rémy, together with Bernard Blanc, developed what is now 'the' standard central French bagpipe. This is also the French style model I make.

These models of bagpipes are usually in G and play one octave and a quart. They have one subtonic note below the tonic. Generally they have two drones in G, but sometimes a drone in C is added, or another drone in G that sounds an octave higher.

You can choose the aesthetics of the pipes. The French type normally has its small drone parallel with the chanter, both are fixed in a common stock (the boîtier). Flemish types typically have both drones over the shoulder. The woods available are plum, rosewood, boxwood and African blackwood. Rings can be made of imitation ivory, boxwood, cowhorn or silver. Other woods and decorations are available on demand. 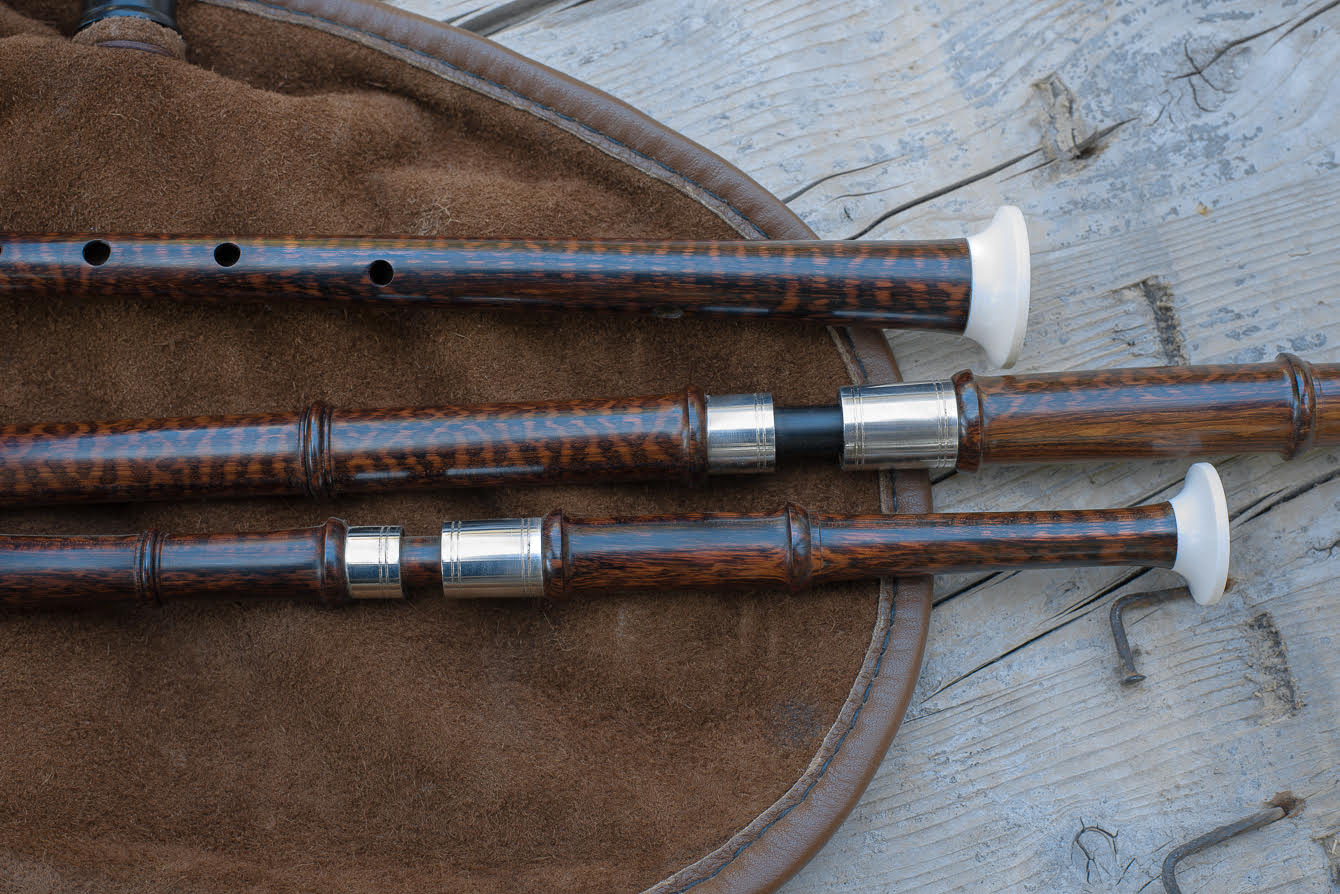 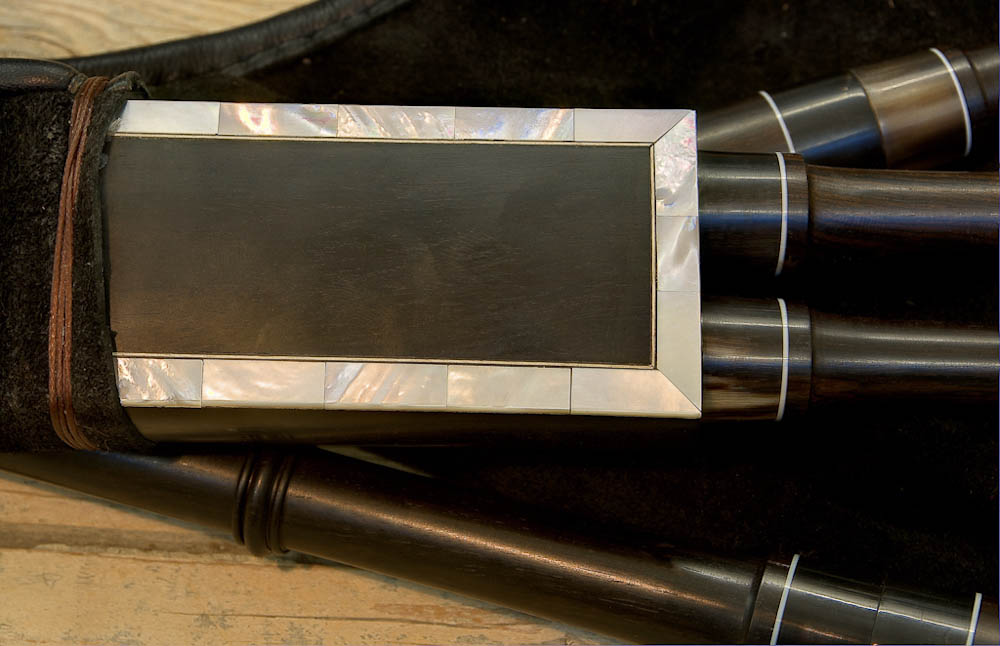